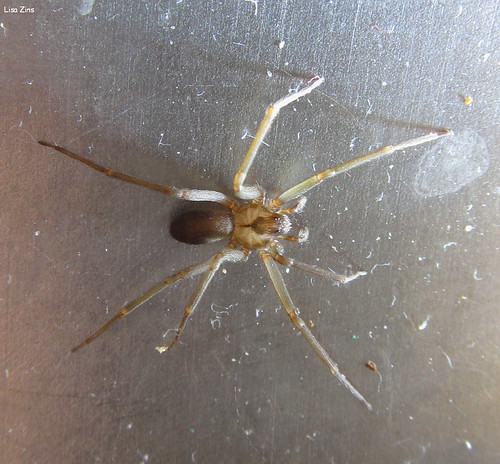 Halloween may be over, but spiders are still looking for a comfortable spot to wait out the cold winter months.

While most spiders pose little to no danger to humans, some species can deliver venomous bites that inflict massive damage. Of the venomous species found in North Mississippi, the brown recluse and the black widow are most common.

The black widow is a wicked-looking creature marked with a red hourglass shape on the underside of its abdomen. Its front two legs are long and menacing. The black widow’s web differs from the stereotypical, architectural-looking web that likely comes to mind when you think of a spider web—it’s web is a hazy mesh. Unlike many spiders, the black widow doesn’t build its web out in the open. Instead, it builds its web in confined spaces—under a piece of debris or in a pile of wood, for instance.

A bite from a black widow won’t hurt immediately. About half an hour after, the bite might turn red with a white area in the middle. If you look closely, you’ll be able to see the two puncture spots where it bit you. In the following hours or days, the venom will make your nervous system go haywire, causing cramps, headaches, and slurring of speech. It’s smart to seek treatment at the first sign of symptoms.

The brown recluse sports a distinguishing mark of its own—a black fiddle shape on the cephlothorax, the section of the spider where the legs join the body. The fiddle points back toward its abdomen. The brown recluse only has six eyes, instead of the usual eight, which spiders are known for. Its name is true to its behavior: the brown recluse likes to stay indoors and hidden. They usually spread by “hitchhiking” into your house as you bring in, say, boxes of Christmas decorations from the garage.

The brown recluse does build a web, but it isn’t used to catch prey. It’s used as a place for the spider to rest or lay eggs.

A brown recluse bite won’t start hurting until several hours after it occurs. The brown recluse’s venom essentially kills the affected area by restricting blood flow and destroying red blood cells. Next, a pimple-like blister will form, and it will eventually turn into a black scab. It can take more than six weeks to completely recover.

Spiders aren’t all bad. They catch other bugs and generally prefer to be left alone. They aren’t like ants or roaches, which seek to take over your entire home. Still, you don’t exactly want to roll out the welcome mat.

Keeping spiders out comes down to three principles: sealing entry points, practicing good storage habits, and being careful about what you bring into your home.

The good news is that spiders aren’t like roaches or ants—they aren’t really built to overrun your home. Though they can be crafty when it comes to hiding, being vigilant in these three areas can massively cut down the chances of a spider problem.

Our trained technicians are spider pros. They’ll assess your home to help you locate potential entry points, and if those points are simple to close, they’ll take care of them for you on the spot.They know where to look for spiders and how to precisely deploy discreet bait applications that will rid your home of them.

Call us today at (888) 534-4535 or reach out through our estimate page to schedule your free assessment with a certified Lawn & Pest Solutions technician.