And the Mosquito Giveaway Winners are... | Lawn & Pest Solutions

And the Mosquito Giveaway Winners are… 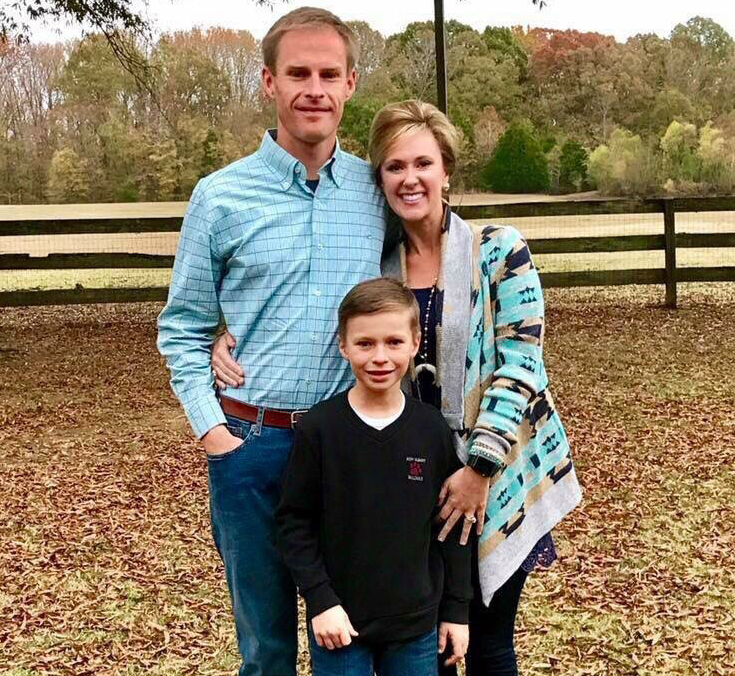 Sarah and Robert Garrett of New Albany have been named winners of the Lawn & Pest Solutions Mosquito-Free Summer Giveaway. From July through October, the Garretts will receive monthly mosquito treatments through the  Mosquito 360 program.

The Garretts have lived in New Albany nearly 14 years. Sarah said although they’ve always dealt with mosquitos, the problem became unbearable when the family moved to the downtown area a few years ago.

“They start to come out around late March,” Sarah said. “As soon as it starts to turn dusk, you can’t really go outside without bug spray. I hate spraying my 10-year-old son from head to toe in bug spray, but he’ll get eaten alive if I don’t.”

Sarah described her family’s yard as perfectly normal, with a few shrubs and hedges separating them from the neighbors. Out back, bamboo has taken root and grown at a rapid pace, though the Garretts have had the bamboo trimmed back.

Up until this point, the Garretts resorted to the usual measures in beating back swarms of mosquitos — tiki torches and citronella candles. They make sure to get rid of standing water, and when standing water is unavoidable, Robert treats those areas with mosquito-killing tablets.

Although a truck that sprays mosquito repellent patrols their neighborhood regularly, it seems to serve little purpose.

“I can’t really tell a difference,” Sarah said. “All our neighbors have the same problem.”

Sarah was excited to win the Lawn & Pest Solutions Mosquito-Free Summer Giveaway, but she said her expectations aren’t very high.

“To be honest, I don’t really know what to expect. I’d love to be able to go outside at dusk to water my plants,” she said. “But I’m realistic. I’m not expecting a miracle.”

We’ll be checking in with Sarah and Robert throughout the summer to see how their treatments are going — and see if we can exceed her expectations.